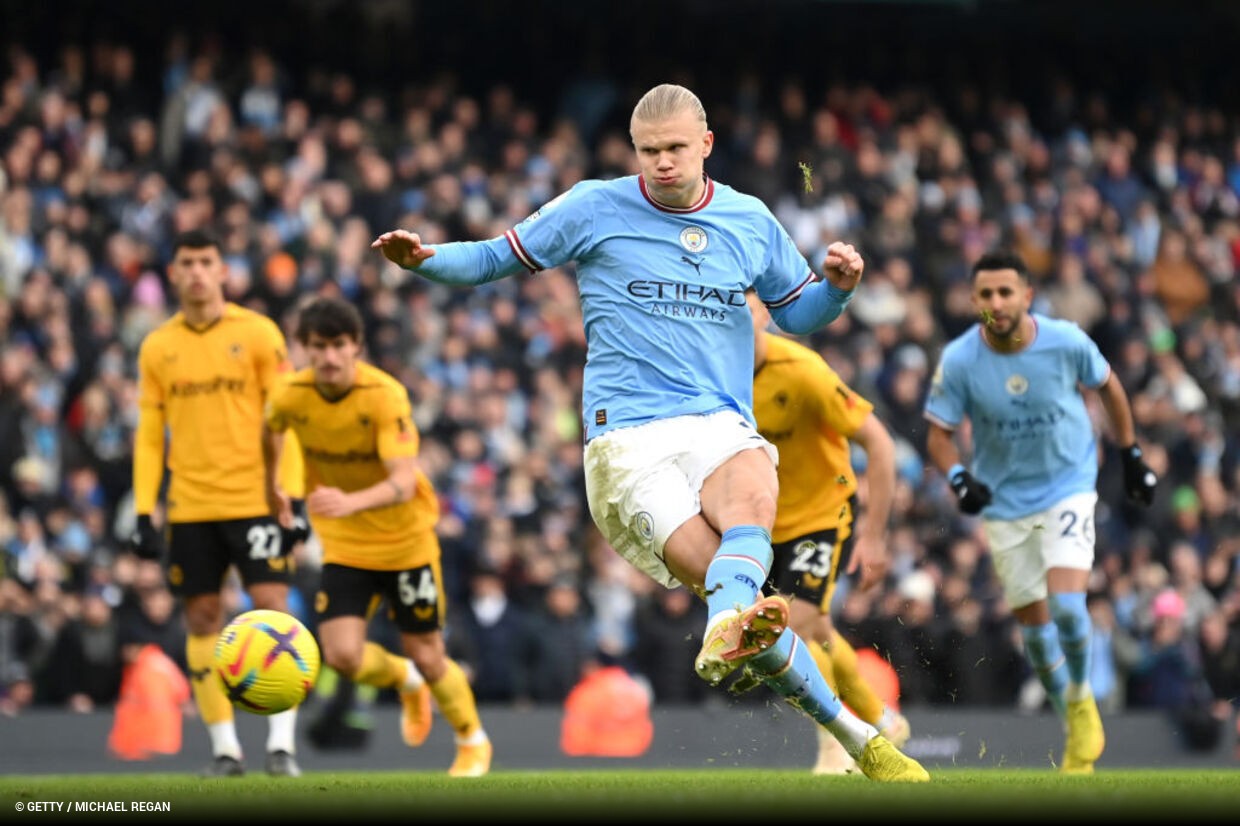 A hat-trick from Erling Haaland helped Manchester City cruise past Wolverhampton Wanderers with a 3-0 win at the Etihad Stadium.

It was an usual Man City performance with a lot of possession but a brave Wolves' defence managed to keep the ball away from their goal.

However, Pep Guardiola's men eventually made the breakthrough in the 40th minute, when Erling Haaland headed a brilliant Kevin De Bruyne cross past José Sá to send the hosts into the lead.

Ilkay Gundogan was brought down in the box by Ruben Neves with five minutes in the second half, and from the spot, the Norweigian made no mistake to double City's lead.

The victory means City now sit on 45 points with Arsenal on 47, who are in action at home to fourth-placed Manchester United later this afternoon.

Wolves, meanwhile, remain in 17th spot in the table with Julen Lopetegui's side level on points with 18th-placed Bournemouth.

Next up, Man City host Arsenal in the fourth round of the FA Cup on Friday night, while Wolves face Liverpool at the Molineux in the Premier League on February 4.