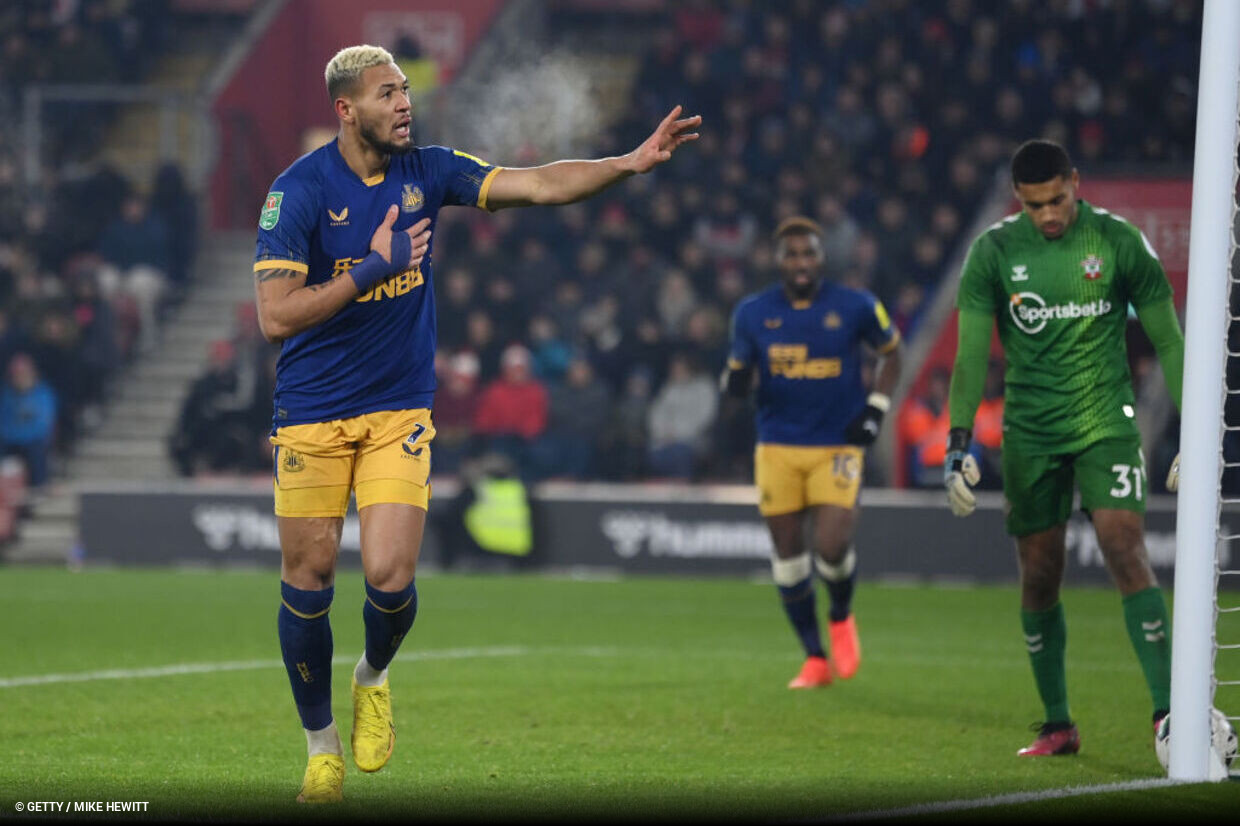 Joelinton scored the winning goal as Newcastle United took a 1-0 lead back to St James Park in their Carabao Cup semi-final against Southampton.

It was a very intense first-half, with both teams looking to play on the front foot. Joe Willock was close to score shortly after the half-hour mark, firing way over the bar after a superb Kieran Trippier cross.

Five minutes before half time, the Magpies thought they have opened the scoring, but Joelinton's goal was ruled out by VAR after an apparent handball from the Brazilian in the build-up.

Che Adams had Southampton's best chance in the 65th minute as the Scotland international was slipped through into a one-v-one but saw his effort saved by Nick Pope.

Eddie Howe's men broke the deadlock, when Alexander Isak picked out Joelinton, who made no mistake from six yards, firing his side into the lead with 73 minutes on the clock.

Shortly after, the Saints thought they had an equaliser after Adam Armstrong put the ball in the back of the net but it was ruled out for handball.

The hosts' job got harder when Duje Caleta-Car saw red for a second bookable offence after a foul on Allan Saint-Maximin in the closing stages of the game.

Newcastle are now favourites to reach their first major Wembley final since the FA Cup in 1999, as they host Southampton in pole position at St James' Park in the second leg next Tuesday, 31 January.