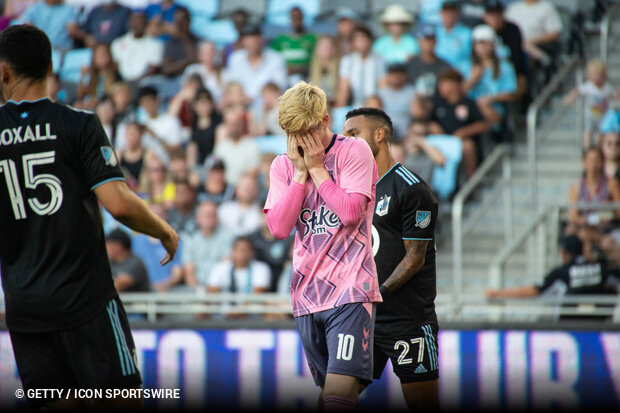 It’s never wise to read too much into pre-season results but losing 4-0 to Minnesota United can’t have filled Everton fans with confidence for the 2022/23 campaign.

The Toffees already lost 2-0 to Arsenal last week but with all due respect to Minnesota United – or the Loons as they’re known – Everton should be winning comfortably.

Lampard’s team were 3-0 down in the first half with Emanuel Reynoso opened the scoring from the spot after Tom Davies gave away a penalty. That was before Michael Keane put the ball into his own net and Luis Amarilla scored Minnesota’s third.

Everton weren’t as leaky at the back in the second half but still conceded a fourth goal late on through Abu Danladi’s header.

The game could probably be summed up for Everton by Dele Alli’s fantastic chance to score just a yard out from an open goal but the former Spurs man was unable to sort his feet quick enough and shanked his effort well wide.

The Merseyside club flirted heavily with relegation last season and this kind of performance may suggest that there has been little improvement.